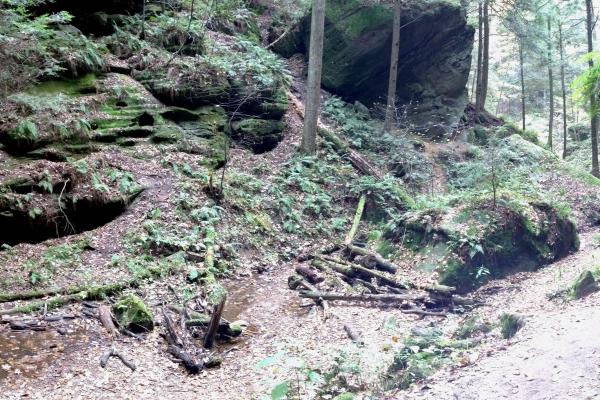 The State Climate Office of Ohio encourages decision makers in the private, public, and non-profit communities in Ohio to review the recently released report, Intergovernmental Panel on Climate Change Special Report on the Impacts of Global Warming of 1.5°C, and utilize the report’s findings to inform climate mitigation and adaptation efforts. This report discusses various greenhouse gas emission pathways, the impact of warming beyond the 1.5° C agreed to by nations in the 2016 Paris Agreement, and the scientific community’s confidence in our understanding of the mechanisms that have led to change. Immediate actions are necessary if humanity intends to remain below the 1.5°C target and forestall dramatic changes to Earth’s atmosphere, oceans, and ecosystems that will likely alter - both directly and indirectly - the economy, ecosystem services, and quality of life in Ohio.

Humans have already increased temperatures globally by 1°C compared to pre-industrial conditions and are currently on a pathway to reach 1.5°C of warming between 2030 and 2052. While this difference of 0.5°C appears small and insignificant, it represents a tremendous increase in the amount of combined heat trapped in Earth’s vast atmosphere and oceans. As anyone who has changed the thermostat setting of his or her home knows, increasing the temperature by a degree or two can have a significant impact on the amount of energy consumed and consequently the monthly heating bill. This report gives examples of shocking changes that can occur with a seemingly small additional 0.5°C of warming from 1.5°C to 2.0°C. Sea levels rise an additional 10 cm; the likelihood of an ice free Arctic Ocean summer goes from 1 summer in 100 with 1.5°C warming to 1 in 10 with 2°C. Coral reefs will decline by 70-90% with 1.5°C warming, but virtually all (>99%) will be lost with 2°C.

While many examples seem remote from Ohio, it is important to realize that we are connected and impacted. In particular to our local climate, the special report highlights how increases in mean temperatures, increases in hot extremes, and changes in the water cycle will exacerbate drought and extreme precipitation. Other impacts - such as sea level rise, ocean acidification, and loss of Arctic sea ice - while occurring at great distances from Ohio, will have consequences felt far inland.

If the 1.5° C target is to be achieved, it is critical that greenhouse gas emissions reductions begin immediately to achieve zero net emissions by 2050. Transitions will be necessary, including with energy, land use, transportation, building practices, and industrial production. Since no scalable, commercially-viable technologies exist at this time for removing greenhouse gases from the atmosphere once they have been emitted, dramatically reducing emissions currently offers the only viable path to limit warming to 1.5° C. Change is hard, but we have lots of potential for innovation in energy production in Ohio, as well as a demonstrated legacy to draw from – like the country's first wind generator of electricity in Cleveland in 1888 and more recently research and production of solar panels in Northwest Ohio.

The scientific community continues to advance our understanding of Earth’s climate system, and while this report synthesizes some new information, it builds on decades of research articulating the consequences of unlimited emissions of greenhouse gases. Those of us in the scientific community stand ready to provide decision makers with expertise and information to support the transitions that will be necessary, both through mitigation and adaptation efforts, to make Ohio more climate resilient.